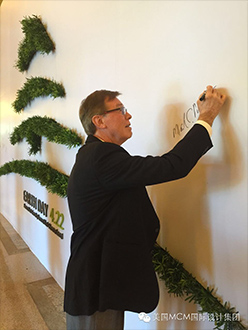 On April 22 2016, in commemoration of the 47th “Earth Day”, MCM Group’s CEO, Michael Mitchell was invited as a keynote speaker at the “Green Homeland”– 4/22 Earth Day Conference of Luneng Group held in the Diaoyutai State Guesthouse.

Tourism has became a platform for all industries to improve local economies. As the Luneng Group explains, ‘Based on the platform of rural tourism, Luneng Country Paradise Project will become the new engine of regional rural development’.”

As the chief designer of “Luneng Country Paradise Project”, Michael Mitchell summed up the project by saying, “This project combines the strengths of the Chinese culture with international science and enlightened government policies. It can lead to a revitalization of the rural regions of China.”