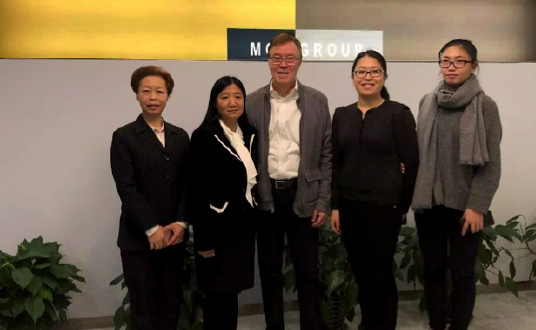 Guonong Huike, a Beijing think tank and a comprehensive research institute, focuses on innovation and modern technological development within the agriculture industry. Under the Chinese Academy of Sciences, it has formed management committees with colleges and universities, launching the China Agricultural International Cooperation Promotion Association, the Peony Floral Industry Committee, the Chinese Agricultural Resources and Zoning Society and the Featured Town and Agricultural Park Expert Committee. Comprised of experts from national policy, agriculture and innovation, Guonong Huike researches and creates national projects to serve the public, organizing and hosting domestic and international technical collaborations and exchange programs. These experts come from the Development and Reform Commission, the Ministry of Science and Technology and the scientific research institute itself. 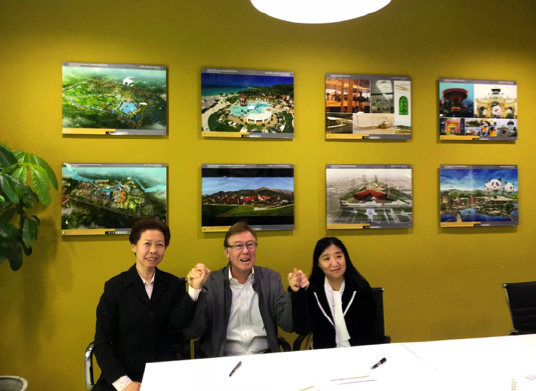 Before the formal signing, the two parties discussed strategies and cooperation. Xie Xiangying and Michael Mitchell respectively delivered speeches and reached a consensus to jointly establish a benchmark for the rural agricultural tourism industry.

The discussion resulted in the strategy for their exhibition in the 2018 Venice Biennale. Xie stated that Michael would lead and showcase their vision onto the international stage at the biennale with the exhibit, “China’s Featured Town and Beautiful Village”, a display of China’s central government’s policy and promise to building beautiful sustainable villages.

The signing ceremony also established the MCM International Business Institute (MIBI). Taking a panoramic view of more than 460 featured towns nationwide, there is a shortage of middle and high level personnel in operation and management. With the emergence of a new round of urbanization and current town characteristics, it is urgent to explore a clear development model through a new community, to promote an urban and rural area transformational upgrade, creating livable, fair, competitive and vital towns. For this purpose, MIBI is established to set up an industry standard to train talented operating personnel in small towns, with the goal to make beautiful villages and small-featured towns. MIBI develops guidelines and solutions, with the support of data analysis, the consideration of successful cases domestic and abroad, and the research and planning platform suitable for national conditions. Taking MIBI as the platform, we organize local government and enterprise personnel to visit top domestic and abroad rural tourism projects on a regular basis to teach them the advanced management idea and operation modes. At the same time MIBI, working with the China International Poverty Alleviation Association, help to improve rural life in poor areas. 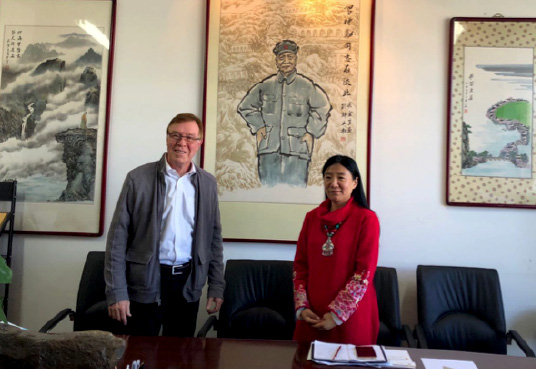 The signing strengthens an all-round cooperation agreement, with both sides not only predominantly working together on rural agricultural tourism, but also engaging in rural art exchange, charity, and other in-depth endeavors, complementing advantages from each other, giving full play to the advantages of MCM Group International’s platform, to promote domestic and international theoretical and project communication and to constantly uphold the development of China’s urban and rural and agricultural projects based on the industry and operation.