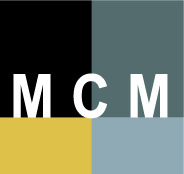 MCM Group International has been selected to design a new children’s water park – the largest children’s park of its kind in the country – in the new district of East Huzhou City. The park, situated on its own small lake, will be dedicated largely to water and water-related activities.

“Of primary importance in the MCM Group plan for the children’s water park is both a respect for the natural environment, and a desire to use this park as an example of ‘green’ or sustainable design,” said Michael C. Mitchell, founder and CEO of MCM Group International. “All the water systems in the park, which are intended for people’s use, will employ advanced, non-invasive techniques like micron filtration, carbon treatment, and ozone produced by ultra-violet light. These techniques produce water that is virtually 100% clean, without any chemical residues.”

The inspiring motif for the park is a goldfish which is represented throughout the park’s attractions: in Chinese there are two words spelled in English as “yú.” To the untrained ear they sound exactly the same, but one means “fish” and the other means “bounty” or “surplus.” Therefore goldfish became a symbol of surplus and wealth, and a gift of goldfish is a blessing in the hope of good fortune. Chief Designer William Mount, explains, “Not only do these images represent or bring abundance and success, goldfish represent the notion that it is possible for anybody to achieve whatever they want.  We wish to relay this message to all children.”

The children’s water park is intended as a peaceful getaway for the entire family. The gently sloping terrain, created through redistribution of land and water mass, will be filled with fountains and water follies, as well as a prominent launching dock for pedal and other boats. As much power as possible will be generated throughout the park  by renewable systems such as solar panels or, as on top of the park’s Observation Tower, a wind turbine.

Upon entering the site, one is immediately struck by a wonderful sight: a huge multi-leveled Tree House magically transported from the pages of a children’s fantasy book. Bridges and stairs lead to a variety of indoor-outdoor spaces, which offer sweeping views. In addition, the park features lush landscaping; a Golden Fish Plaza; a Community Center, which houses numerous health activities including an indoor pool and basketball court; a large manicured Formal Lawn; an area for Outdoor Basketball and a playful Sculpture Garden with climbable grass mounds in the shape of giant animals.

The Main Children’s Play Area, contains a variety of small zones catering primarily to younger children. This includes a Steam Garden for little kids, a Splash Zone where kids get wet without taking their clothes off, and a Bounce Structure like walking on the moon.

A dramatic sculptural Bridge leads the visitor high over the lake to the Outdoor Water Park, which is designed in a naturalistic fashion to blend into the rest of the gardens. This includes several large and small Slides, as well as a Sandy Beach complete with a Wave Machine.

A series of long walks lead around the entire perimeter of the site, including a serene Tea House nestled in its own Asian Garden and a Boat House. Completing the site, and coming full circle as it were, is the area of the Wild Forest. This is a transitional-age zone, offering activities for all ages but focusing on strength- building. A rocky Climbing Wall frames the area, which is dominated by Wooden Towers and pole structures. Rope Bridges and a Zip Line are just some of the offerings in this highly decorated, fantasy-inspired area.