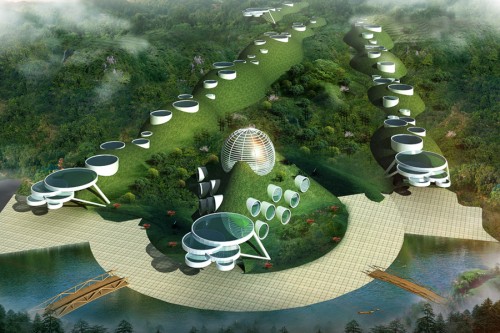 MCM Group International has been selected to plan and design what is to become the largest dinosaur exhibit in the world on the site of the recently unearthed dinosaur bone bed in Zhucheng, Shandong Province, on China’s eastern coast.

Discovered just three years ago, the mysterious bed, the largest ever found, could be one of the greatest paleontological finds of our generation, and may be the key to deciphering the story of dinosaurs’ last days on Earth.

“If the avalanche of wondrous discoveries flowing out of China is any indication,” said Michael C. Mitchell, CEO of MCM Group International, “the country is just now entering a golden age of dinosaur-related exploration that will likely change our understanding of these incredible beasts forever. MCM Group will focus on developing a museum that will be designed to preserve and showcase the fossil bed, and turn it into the largest dinosaur exhibit in the world.”

MCM Group International was selected to plan and the interactive exhibit and museum with the objective of telling the story of the discovery of the site and its excavation; the story of dinosaurs, and the story of fossil fuels (hydrocarbon), or, what ancient dinosaurs have become today.

The main building is designed as a symbolic representation of dinosaur skeletons. The facility floors are laid out to provide a dramatic showcase of the dinosaur bones as well as incorporate dramatic views of the actual 350-meter dig, which extends the length of the museum.

Researchers say they can’t understand why so many animals gathered in what is today the city of Zhucheng to die. But some 15,000 bones have been found stacked on top of each other in incredible density right at the end of the Cretaceous era, the time when dinosaurs suddenly vanished from the face of the Earth.