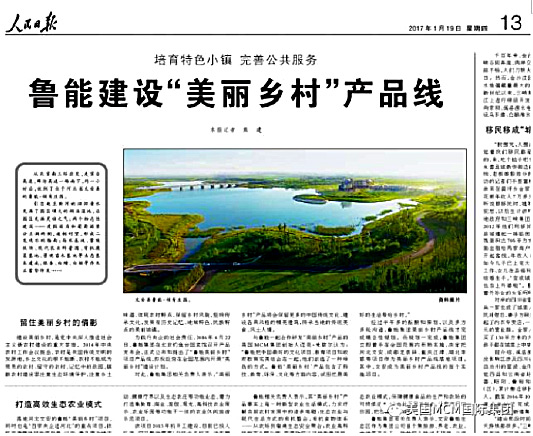 
Maintain the Features of Beautiful Countryside


January 19, 2017, Beijing, China. To build beautiful countryside is an important measure by CCPCC (Chinese Communist Party Central Committee) to further the development of socialist new countryside. The Central Rural Work Conference in 2014 pointed out that the rural areas were the birthplace of China’s civilization and the root of the rural culture should remain unharmed. The countryside could not become deserted, left-behind or only exist in memories. The new countryside development should pay attention to environmental protection, the maintenance of rural customs, features, styles and cultural inheritance, with a goal to build beautiful towns of historical memories, regional characteristics and ethnic features.


Through over half-a-year preparation and programming as well as many-round consultations with different parties, Luneng Group finally completed the conceptual planning. Once the planning was in place, Luneng proceeded immediately with the implementation across the country. They decided to execute the “Beautiful Countryside” product line in the projects in Wen’an in Hebei, Longquanyi in Chengdu, Jiangjin in Chongqing and Xiaogan in Hubei, with Wen’an to be the first to start.