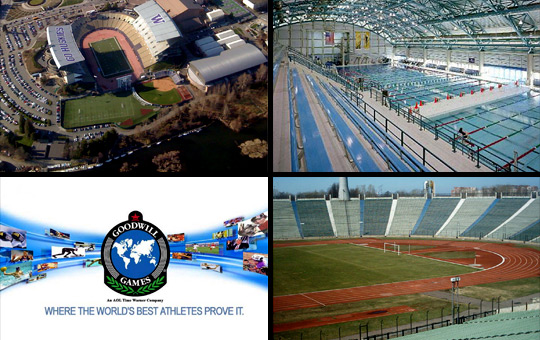 MCM Group was master consultant for the planning of both the Seattle and St Petersburg Goodwill Games. Set against the spectacular backdrop of St. Petersburg, the three week long Goodwill Games III brought together 2,000 athletes from 74 countries. Urban planning efforts included a massive renovation project of city facilities, refurbished landmarks, and installation of modern telecommunications and transportation systems. Both the opening and closing ceremonies had attendances of over 70,000 at Kirov Stadium. The Games were broadcast to 129 countries.